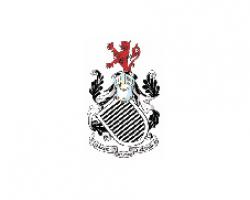 Queens Park 3-0 Clyde: Match Report - view commentary, squad, and statistics of the game as it happened.Queens stroll to victoryQueens Park moved above opponents Clyde and into sixth place in the Third Division with a convincing 3-0 win.The visitors almost took the lead from their first attack

Liam Cusack`s cross found John Neill whose shot was palmed away by Neil Parry.The ball broke to Craig Smith and his raking pass set Sean Burns free and he planted the ball into the bottom corner to put Queens Park ahead.Burns and Daryll Meggatt both fired wide for the home side, before Jordan White sent a header against the crossbar from another Cusack cross at the other end.Pat Scullion came close to an equaliser just before the hour when he connected well with a John Sweeney corner but his header was pushed to safety by Parry.Queens Park made them pay again with a second goal shortly afterwards, Ian Watt crossing for Craig Smith to head home from close range.Clyde goalkeeper Davie Crawford did well to keep out a Burns curler from the kick off, but he was beaten again six minutes from time when Paul McGinn picked out Michael Daly and his header crept in